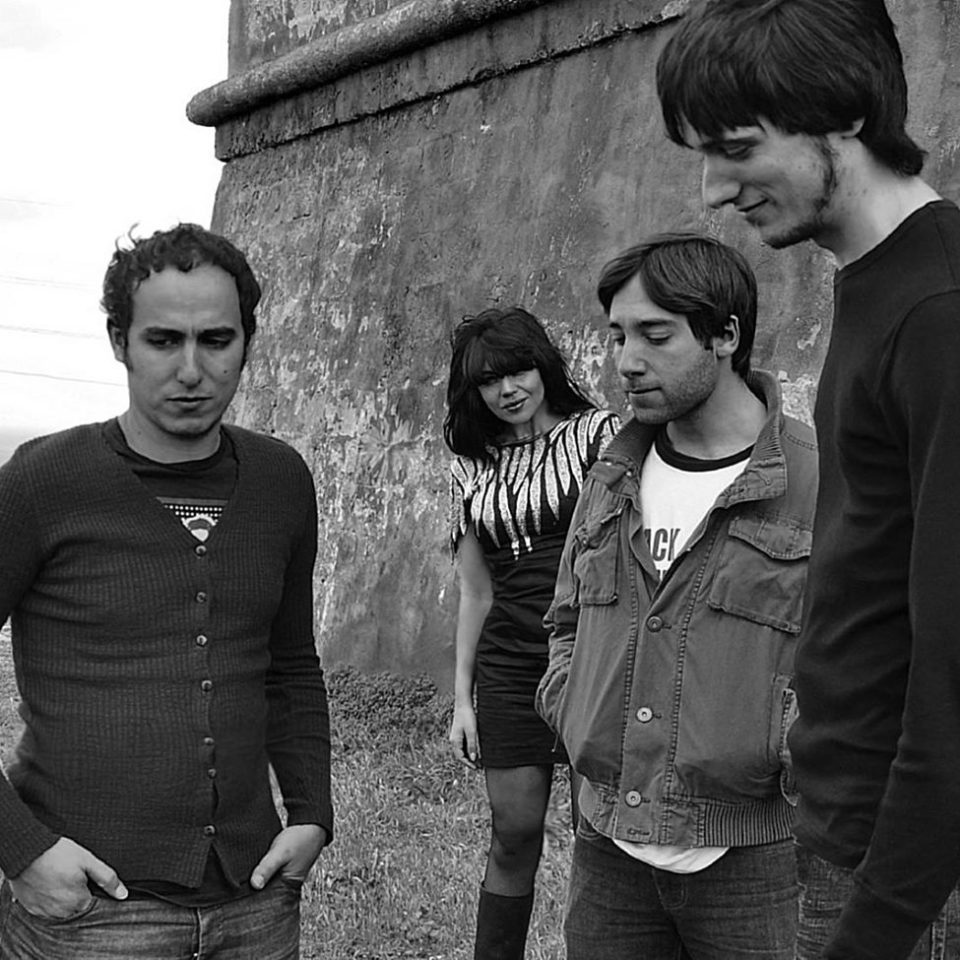 Inspired by 1970s NYC no-wave, the burgeoning UK post punk revival and Japanese art punk, The Areola Treat are a garage/indie art rock band, mostly due to their richly detailed tightness in sound, their versatile and screechy female vocals and punchy guitars in the first few years of the band’s formation, and more recently with their more subdued sound and strong social stance. The band was formed in 2007 by original band line-up Adrian Mizzi on guitars, Chris Busuttil on drums Lisa Grimaud on vocals, and Matthew Cuschieri, until the addition of Steve Shaw on bass in late 2010. Their punchy first self-entitled studio ep, The Areola Treat, was released in 2008 under the Belgian label Kinky Star. The band promoted their ep touring Italy and Belgium. The band’s first self-released studio album Pleasure Machines, released on April 2011, is a reflection of paths the band has taken and a change in direction and drive. The guitars are still loud and the riffs still punchy, yet some tracks are moodier and more sombre, while others are bright and piercing. Urgent, raunchy distorted guitars and plenty of feedback. This album is a salute to rock n’roll and is packed with some no-nonsense riffs.

Radio On is The Areola Treat’s second EP release in response to western geostrategy, a lack of global social awareness, and society’s general disinterest in the bigger picture whilst wars in the west are subsidized by oil money. But the lyrics also speak of love, loss and pain. Here, the band revisit their art punk roots. Having released their self-titled EP with Belgian label Kinky Star in 2009, the band opted for another independent release.

Released in 2014, Walk Into Nothing was the band’s second independent studio album, featuring loud, discorded guitars and distorted walls of sound, juxtaposed against cooing vocals and spasmodic screams. The band opted for a whole new technique of experimental punk and a range of resonant sounds, with vocals and lyrics inspired by the late Nico of The Velvet Underground.

The band has recently recorded three further independent releases with the intention of launching them in 2022. However attached to its former punk roots the band may be, the newer work is unequivocally sardonic, with lyrics inspired by the works of Camus, Blake, Keats and Georges Bataile. Their more recent work is stripped down in parts, then enriched dramatically with bursts of energy, enhanced walls of sound and echoes of The Chameleons and The Gun Club.